This Memorial Award honors Jackie Lawson, a professor of English and Communications at the University of Michigan-Dearborn from 1985 to 2000. Jackie Lawson was deeply committed to faculty governance and to strengthening the relationships among the University’s three campuses. At the time of her death, Jackie was serving as Chair of the Senate Advisory Committee on University Affairs, the first faculty member from one of the regional campuses elected to that position. Her service both in Ann Arbor and at Dearborn was extensive and exemplary. She was elected to two terms as one of UM-Dearborn’s representatives to the University’s Senate Assembly in Ann Arbor, in 1992-94 and 1998-2000, and from 1995 to 1998 she was a member of the Academic Affairs Advisory Committee, and actively participated in the development of the “Principles of Faculty Involvement in Institutional and Academic Unit Governance at the University of Michigan.” At Dearborn, in addition to participating in numerous departmental, unit, and campus-wide committees, she was elected three times to the Faculty Senate and its predecessor, the Faculty Advisory Committee on Academic Affairs. Jackie served as Chair of the Dearborn Senate and its executive body, the Faculty Senate Council, in 1995-96, and as Vice-Chair in 1994. In recognition of her dedication to the University and to the principles of faculty governance, the University posthumously presented to Jackie its Distinguished Faculty Governance Award in 2001.

Eligibility: Any faculty member of the University of Michigan.

Award: The recipient will be awarded $1,500 at the annual University Faculty Awards event.

Selection Criteria: Exceptional distinction reflected in faculty governance service to the entire University that reaches beyond the local campus confines of Ann Arbor, Dearborn, and Flint. Recipients will have made a significant contribution to faculty governance on their home campus (typically UM-Dearborn or UM-Flint) and at a University-wide level involving at least one of the other University of Michigan campuses. The recipient must have excelled in building a positive relationship between the Ann Arbor campus and one or both regional campuses, as exemplified by Jackie Lawson’s career.

Frequency of Award: The award shall be presented in those years when an exceptional candidate is identified.

Please send nomination materials to the  facultysenateoffice@umich.edu. The deadline for the 2022 award cycle is May 1, 2022.

Note: Nominations that are not selected will be eligible for three years.

The deadline for submission of the Awards Nomination is May 1, 2022. 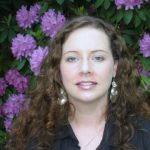 She was elected to SACUA, the executive arm of U-M’s central faculty governance system, in 2018. Lippert also chaired the Senate Assembly’s Tri Campus Committee, which evaluated issues related to the relationship among U-M’s three campuses and policies across the institution.