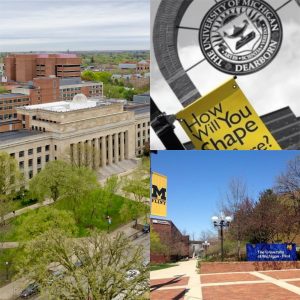 The University of Michigan Senate Assembly consists of 74 elected faculty members from the Ann Arbor, Dearborn and Flint campuses, each serving a three-year term to represent the interests and concerns of faculty throughout the University of Michigan system. Elections of Senate Assembly members are held by individual schools and colleges. Senate Assembly seats are apportioned by a formula that is re-evaluated every three years. The current formula provides for the current number of seats available for each school or college. Schools and colleges manage their own elections to choose Faculty Senate members to serve on Senate Assembly.

What is the role of a Senate Assembly member?

Actions of the Senate Assembly

Resolution on an Office for Ethics and Compliance

Proposal for Committee on Anti-Racism (CAR)

WHEREAS, Senate Assembly committees provide an avenue for faculty to address issues and concerns;

WHEREAS, Senate Assembly may create standing and special committees to assist it with its work;

WHEREAS, the Senate Advisory Committee on University Affairs (SACUA), on behalf of Senate Assembly, shall serve as an instrument for effecting the actions of the Faculty Senate and Senate Assembly; WHEREAS, issues that arise or demand attention change from time to time, requiring realignment of Senate Assembly committees to address current goals and needs.

BE IT RESOLVED, A new committee is established with a charge to address issues related to the Office of Institutional Equity, the grievance process, and implementation of sanctions. This committee shall be named the Committee on Oversight of Administrative Action (COAA).

BE IT RESOLVED, Committee on the Economic Status of the Faculty (CESF) is revised with an expanded charge to encompass topics such as campus climate and social well-being, while also serving in an advisory capacity to Academic Human Resources pertaining to faculty-life issues. CESF’s name shall be revised to Committee on the Economic and Social Well-Being of the Faculty (CESWF).

BE IT RESOLVED, Committee on Civil Rights and Liberties (CCRL), Committee for an Inclusive University (CIU), and Tri-Campus Committee (TCC) are merged and consolidated into one committee, the Committee for Fairness, Equality, and Inclusivity (CFEI). CFEI’s initial specific charge is to address issues of inclusion for all populations on the three campuses including Ann Arbor, Dearborn, and Flint.

BE IT RESOLVED, Financial Affairs Advisory Committee (FAAC) and Building, Facilities, and Infrastructure (BFIC), are merged into one committee, FAAC, addressing issues related to both financial affairs and building, facilities, and infrastructure.

BE IT RESOLVED, Rules, Practices, and Policies Committee (RPP) is designated as an ad hoc committee. Committee members shall serve for one year terms when assigned as specific needs arise. Resolution passed unanimously

Whereas some forms of night-time lighting impede public safety and are a serious environmental concern, corresponding to forms of lighting that are a nuisance and serve no useful purpose, and are therefore defined as light pollution; Whereas, in particular, glare impedes visibility on roads and pedestrian walkways, creating a threat to roadway users, especially cyclists and pedestrians; and light trespass and skyglow disrupt human sleep cycles and are linked to multiple medical conditions; Whereas artificial light at night is also a major threat to the environment because it disrupts the natural ecosystem and generates energy inefficiencies that contribute to climate change; Whereas artificial light at night is also necessary to help ensure the safe performance of outdoor activities; Therefore, in order to: Minimize adverse impacts of light pollution in the form of light trespass, glare and skyglow; Protect the natural environment from artificial light at night; Promote energy efficiency; Foster an environment that supports and/or enhances nighttime activities serving the University’s missions in research, teaching, and service; Be it resolved that the Faculty Senate Assembly encourages the University to comply with best practices for minimizing light pollution that are recommended by the International Dark Sky Association and the Illuminating Engineering Society, by revising the U-M Design Guidelines and mitigating existing sources of light pollution as soon as is feasible. Resolution passed unanimously

Davis, Markert, Nickerson Lecture Committee Be it resolved that a permanent DMN Academic Freedom Lecture Committee of the Senate Assembly be established with a charge to select the annual speaker for the DMN lecture and coordinate the programming elements.

Resolution on Governance at all levels Whereas the principles of faculty governance apply to all three campuses across the University of Michigan as an institution; Whereas the Principles for Faculty Participation in Institutional Governance state that “Faculty members are encouraged to use these principles as a basis for ensuring their effective participation in governance at all levels; […] Agencies for faculty participation in the government of the college/school or university shall be established at each level where faculty responsibility is to be met. A faculty-elected campus-wide body shall exist for the presentation of the views of the whole faculty. The agencies may consist of meetings of all faculty members of a department, school, college, division, or university system, or they may take the form of faculty-elected executive committees in departments and colleges/schools, and a faculty-elected body for larger divisions or for the institution as a whole (Part A.5.).” Whereas faculty serve in a variety of roles, including through governance within committees, programs, departments, schools, colleges, institutes, divisions, and assemblies; Whereas the governance structures of the institution vary in number and type by campus; Whereas an instructional unit is most often a school or college, all Regentally established academic structures (i.e., disciplines, institutes, programs, departments, etc.) also function as types of units and are meant to be subject to the same principles of faculty governance; Be it resolved that the U of M Senate Assembly acknowledges the importance of faculty participation in institutional shared governance at every level of academic responsibility on all U of M campuses. This includes the faculty at the departmental and academic program or Discipline (Dearborn) levels. Faculty have the right and duty to develop and ratify internal procedures in accordance with the SPG ‘Hierarchy of Legal and Policy Requirements,’ and to establish mechanisms for their participation at those levels. Those best informed by disciplinary academic expertise should be able to make decisions according to the standards of governance established in the Regents Bylaws and Principles of Governance.

The motion carried with forty-five in favor, one opposed and one abstention

Be it resolved that a permanent Tri-Campus Committee of the Senate Assembly shall be established with a charge to consider points of interest delegated to it by SACUA such as those that relate to the relationship between the three campuses or policies across the institution. The resolution was carried with one negative vote and one abstention

In light of the recent racially motivated attacks on members of our community, the University of Michigan’s Senate Assembly hereby affirms our collective commitment to open and civil discourse, equity, inclusion, and mutual respect extending to all members of all ethnic communities. We call on all members of the University of Michigan to unequivocally oppose and condemn all attempts to discriminate against, marginalize, or denigrate students, faculty, and staff based on national origin or ethnic belonging. Chair Ortega moved the resolution, which passed unanimously.

Senate Assembly meetings are open to the public. If you wish to attend a meeting that is held in person, you may attend by checking in at the meeting venue and providing your name and affiliation. To access a meeting virtually, please contact the Faculty Senate Office by noon on the day of the meeting. After providing your name, email address, and affiliation, the Faculty Senate Office will provide the information needed to access the meeting electronically.

We want to hear from you

Your input is important to us. If you have questions about Central Faculty Governance, about participating, or if you have questions or concerns about a specific topic, please contact us. The Faculty Senate Office will get back to you within twenty-four business hours.